Hobsbarn report on Naval Insurgency in the Black Sea 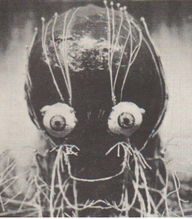 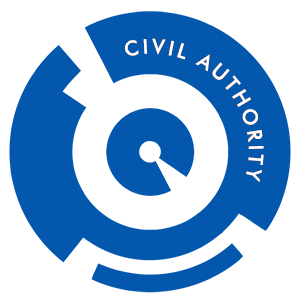 Naval Insurgency in the Black Sea Region​
The following report of which you are to read documents the recent plague on maritime affairs which affects the territorial waters in the Black Sea region for Sectors 10, 13 and 12. Esteemed colleagues, I hope that you take this matter seriously, the naval anti-citizenry is beginning to seriously challenge logistical cohesion in the region, along with cross-Sector communications. To put the problem in perspective, the report will address several areas of concern, namely: the increasing relevance of maritime logistics for the People's State in this cross-Sector area, the possible centres of insurgent projection, river piracy in Sector 10, the address of certain myths and finally possible solutions to this issue of expanding urgency.

fig.1 The Sea as captured by an insurgent photographer. Found at destroyed piracy outpost in Crimea.​
The Black Sea's increasing importance
It should be unnecessary to remind ourselves of the shambles of infrastructure that was left in Sectors 10 and 12 following the suppression of the 'Lambda' uprising in the region. The pace of its repairs has been unsatisfactory, meaning that swathes of rail and road are in poor condition and therefore much of the inter-City logistics have come to increasingly utilise waterways. Although container shipping and other forms of maritime transport have always passed through since Unification, from October 2025 to August 2026 the traffic on the Black Sea has increased by 30% leading to much development in the shipping industry of the Union in this area and much attention from anticitizenry as well.

Take for instance City 490, or Sevastopol as it was. Sevastopol sees most of its inter-City logistics now come by the means of water-for conditions on Crimea have rendered it largely unreachable by land. Do not mistake this for the city being vulnerable to takeover, for no terrorist band can penetrate its fortified approaches. Consider also 148, or Rostov-On-Don as it was. Ever since the Sea of Azov refinery incident, its land approaches have been exposed to insurgent activity, and it has come to rely on the sea which the River Don breaks into. This reveals the problem that naval attacks on our shipping creates-not only deficits and costly damage, but potentially dangerous isolation of urban centres, let alone communes and outposts dotted along the inner Coasts of Sectors 10, 13 and 12.

This increasing importance is felt for the dregs of the region as well. For the flow of Siberian narcotics goes through the Caucasus and there it flows to the European Sectors by the means of floating up and down the Black Sea. For the smuggling of weaponry and illicit goods reaches more and more scoundrels by the means of landings on the Coast under the cover of night and by darting up the Dnieper using fast crafts. For the piracy of our shipping increases the flow of funds, materials and weapons into the hands of the enemies of the People's State. This is the meaning of the Black Sea's importance to the People's State in this region, and these are the problems we must face or eventually face drastic consequences.

fig.2 A destroyed patrol boat belonging to the Union Military Arm, vicinity of City 568.
​
Insurgent Projection
On June 25th, on the route from City 42 to the City 17 administrated Odessa port there was the capture of a ship delivering industrial equipment by insurgent pirates. Fortunately, the crew managed to transmit the emergency signals and two days later the vessel was brought back into our fold. A witness there described the situation. A "mosquito swarm" enveloped the ship, as they have become common. Such a scene is the typical method of naval banditry- an assault involving dozens of motor boats swarming a single vessel to overwhelm and eventually defeat the security detail and civilian crew. Such scenes have been reported time and time again on the sea routes all over the region.

But particularly the frequency of such attacks reveals the probable centres of insurgency. Particularly around the Romanian Coast, the Crimean approaches and around the Batumi Anomaly Exclusion Zone in Georgia there is the greatest amount of both shipping losses and also incidences of conflict with patrol craft. With the addition of various reconnaissance reports, it is a quality estimate to assume the centres of projection originate in these areas, but particularly in the Danube Delta, which has become overgrown post-Unification. The difficulty and resistance to the efforts of City 45 authorities to "clean" the zone indicates high levels of anticitizen activity and particular willingness to defend the wilderness there, reflecting on the possibility of important insurgent assets. Of more obvious areas there is of course the Crimean Peninsula, yet the caves and hills are yet to reveal a singular centre of projection-if there is one- and possibly there is simply the collective assembly of a multitude of smuggling and piracy outposts together with the multitude of warlord bands operating in the hills from the land. Of most concern is the Batumi Zone, whose weather phenomena prevents appropriate reconnaissance, allowing only guesswork based on frequency and proximity to it which imply a "centre" factor. This in particular raises more concerns with regards to insurgent adaptation to Xenian phenomena, and requires more investigation.

There are undoubtedly other collections of smaller outposts, stockpiles, observation posts, radar stations, scrambling stations which create this complex system of maritime insurgency here. This sprouting of such projections has resulted from and been fostered by the insufficient resources deployed in addressing the naval security question. It is hardly a secret that following the Unification the old-world Navies had largely become utterly useless and had either been left to decay or 'mothballed' away into rust. As such, the production of new vessels in the light of recent developments has been naturally slow and inadequate in scale so far, while impromptu usage of and conversion of smaller shipping and fishing vessels to military purposes has been achieved. This is the source of high military loss despite incredibly poor insurgent equipment out at sea- something which is largely mirrored by many of our own vessels.

Only air power impedes the maritime anticitizenry, but it in itself is limited in scale. Furthermore, the stretching of resources over reconnaissance and assault means that there is little in the means of assisting interdiction missions out at sea, despite high rates of success when doing so. And yet, the means by which the smuggling operations escape detection surely involve the mixed usage of renegade vortigaunts and the station intelligence system which is employed all throughout the Coast. Such evasions are effective to a degree which allows limited brown water insurgent projection up rivers and even canals.

fig.3 The result of an attack on a bridge over the Dnieper.​
Sector 10 and River Piracy
Increasing incidences of piracy upon barges and haulers serving City logistics on the Don, Danube and Dnieper have been reported, but particularly on the Dnieper up to the reaches of City 17. The targeting of the Kievan shipping involves not simply the darting of motor boats towards these vessels as out at sea, but instead when investigated have revealed a concerning pattern of combined operations to disrupt communications and logistics in order to secure pirated shipping.

The modus operandi is revealed in the statistics of damage: 14 observation outposts destroyed, 25 roads either obstructed or targeted with IEDs, 2 communes completely destroyed. The river piracy involves and favours land based attacks on the outposts and defences of the Dnieper's banks in order to raid the shipping going between. While this has had severely limited impacts on City 17's economic functions, it displays a systematic attack on the already wracked infrastructure of the region. It is not that this extension of maritime insurgency deeply benefits from its thievery on the waterways, but it functions in such a manner as to further destroy and project along every artery of the river, as if to perform such actions up every tributary of the Dnieper, had these operations been able to reach such a scale. The imperative nature of preventing this must be self evident, and the incidences of river piracy, however benign and novel they may seem compared to the other bloodthirsty excesses of anticitizenry must be taken seriously, as some of the cat and mouse attitudes taken towards the river insurgents are inappropriate.

Certain myths
To address it directly: There is no "rebel submarine" operating in the Black Sea. The incredulous reports of the supposed "Soviet-Era" submarine operating in the waters are not only illogical and improbable by the means of insurgent resources which cannot possibly allow the operation of such weaponry, but most significantly it plays into the obvious psychological operations of the terrorists in attempting to create an air of omnipotence as given to them by the temporary situation of inadequate naval defence. Likewise, the ridiculous notions of insurgent utilisation of "waterborne" Xenians to assault patrols and convoys are self evident in worthlessness.

These are addressed directly for continued official reference to such illogical fictions are of great concern, not only by their playing into the hands of the enemy, but also by the possible direction and waste of resources into trying to find these fictions. It is heavily suggested that all esteemed colleagues are to avoid furthering such illogical fictions and focus on the real issues at hand.

fig.4 The Sea beyond a landing site following a successful attack on a pirate outpost.​
Possible Solutions in Conclusion
As aforementioned, many of the issues in countering this budding threat are rooted in the problems of inadequate air power and naval vessels to counter the lightly armed insurgents which subsist on overwhelming numbers. Any and all solutions will depend on more air projection and the deployment of appropriate vessels. The production of fast attack craft and patrol cutters must be increased with the consequences of not doing so in mind, while mobilisations of reserves must occur so the Coast may be wiped clean of the anticizenry infestations that harbour and project such problems for the People's State.

Combined arms operations must be undertook to effectively destroy insurgent outposts and bases. A combined effort of landing operations, pincers and encirclement from land, bombardments and deployment of light armour will be necessary to destroy the entrenchments on the Coast. The ensuing retreat into the hills and caves must be covered by the utilisation of dedicated forces with which to cut them off. The deployment of the white phosphorous stockpile in clearing the caverns will require serious consideration.

The inadequate defence of the waterways, blue water and brown water, must be resolved with a higher frequency of patrols with which to dissuade and stop the enemy in his tracks. Finally, the centres of projection must be addressed, which will surely be a major campaign. Generally, one may recommend the spraying of the Danube Delta with napalm and defoliants to clear the brush away and burn the snakes beneath it.

But most importantly, cooperation must be the solution. Cooperation between the Cities, the Sectors and the great administrators of the People's State is necessary in the solution to this problem, as it is to many others. One can only stress the principles of Universalism in achieving great things in the defence of the People's State, and one can only hope those principles will be as rigorously followed as they must be at all times.