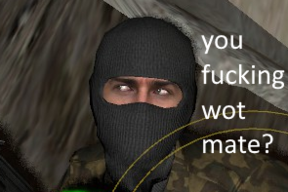 Previous infractions and/or bans: No bans on this iteration. I had a one-week ban on the 1990s iteration, can't remember the reason.

Previous experiences with Military Role-play (Not necessarily Garry’s Mod): I've played on WW3RP since 2017, and have been on every single iteration since then. I'm an NCO and I was one back then too. Even though I don't have any experience with military role-play outside of Garry's Mod, I think it's safe to say I'm pretty experienced.

Why do you wish to join Assault Support of all branches: Of all the faction branches I've played, being an engineer or tank crewman has been some of my favourite experiences regarding WW3RP. As a regular infantryman, I don't really have much to do. Now I want to try it out again on this iteration and with my experience in the branch, I think I could bring a lot.

Medical conditions (if any): N/A

Motivation for submitting this application: I feel my potential is wasted as only an Infantryman as I could contribute a lot more if I was a part of the branch. With my experience, I thought it would be a good idea to try and sign up since there are still places available.

Do you agree to uphold and abide the rules set in place within this unit, as well as performing your assigned tasks to the fullest extent of your ability, do you swear to serve the Coalition of Independent Nations in whatever way is deemed necessary and without hesitation? Yes.
Reactions: List