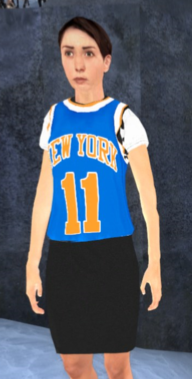 This can be done by submitting your application this subforum


Code:
If you're accepted, don't forget to post on the roster

We will be reviewing the first batch of applications between the 2nd and the 3nd of July (due to time-zone differences and whatnot)
I suggest you get your apps in before Friday midnight, to ensure you are in the first group to be reviewed and thus increase chances of acceptance before we begin filling up slots

There is a small chance your application will be reviewed and neither accepted or denied, instead being left on pending as we look at what we are still looking for and what positions to fill or we think NCO is a possibility but aren't sure on rank yet

Please understand that we will be on the side of caution initially, meaning we probably won't assign super high ranks and whatnot.
There is also a chance that you get accepted in your application as a certain rank and then we change it closer to launch or that you will be instantly promoted after launch (or soon after launch). A change like that will always be towards the positive

We accept you now as Sergeant, but decide that we'd actually rather have you as Master Sergeant on server launch
Reactions: List

If you've been accepted, please post on the roster with the format