first i wanna apologize for how disappointing streets of gold ended; my personal life swept me off my feet, but not in the romantic sense as it then bodyslammed me into the ground, WWE style. it started pretty great, in my opinion, with some obvious flaws, i'm not blind to my own creation's faults, that is in fact the point of this entire thread, to outline the mistakes i made, the ones out of my control and some guidelines to (hopefully) help everyone in the future making community events. for the time being, there's no "official" way to make a community event, i made mine by just asking alex. maybe in the future there will be a more organized way like how HL2RP's events were with applications for event makers and helpers and a schedule and such, so if you want to make your own community event you might wanna wait until there's an actual detailed method of getting your shot.


HAVE A RELIABLE TEAM OF PEOPLE TO HELP YOU OUT. this is the most important out of anything i'm about to list. no matter how good you are at manipulating gmod to your will, with all the fancy animated props and NPCs and flavor text /events and /its or how versed you are, you are one roleplayer. one easily overwhelmed, possibly stressed and about-to-be busy roleplayer. if you need to piss, the entire event is possibly held up. if you need more than one event character, your only shot is having to desperately puppet around a ragdoll while hoping the players don't notice. more than 1 person needs help, more than 1 person needs a situation to be supervised, more than 1 person is doing something as simple as inspecting something that'd require cutesy little flavor text, you're screwed. maybe for a more passive 4 player event with low steaks you can pull off 1 person, but definitely not 8 players all galloping around the wild west with revolvers on their hips ready to shoot a partner down. it's not feasible.

get as many people as you can to help, and i suggest getting people who aren't, like, you know- "problem people". people who wanna spawn entity guns and do the funny "i shot an admin XD" joke or will constantly fight you over random shit, or make a group with 2 people who dislike each other because like 5 weeks ago they called them a minger on current affairs or some stupid shit. and get people who know what they're doing, not just Super Epic Roleplayers who can write a billion lines of /me text for the single action of picking up a zaza blunt but people who know helix's commands and manipulate gmod's systems for events, play event characters and set up and build, that sort of stuff. also, have a co-runner. i had bigdaddyboy, me and him are partners in crime. you need your partner in crime, someone who sees your ideas eye-to-eye and can think of stuff that fits in your vision. A Homie, if you will.


DEVELOP YOUR OWN SCHEMA (or get someone else to do it.) part of the reason why streets of gold was so fun was because i did more than just add a couple TFA addons and spawn in everyone ent peacemakers, i developed the schema mostly on my own (with a lot of help from @Jaydawg ) and customized it to fit the required event. this might be a bit of a barrier for some people, some people might not wanna put the work into staring at lines of code and stressing out over the random shit that suddenly makes everything you make not work, but at least give it a try. if you absolutely can't code or adapt existing code provided by helix's generous templates, see if you can get someone on your team (see the 1st 'Do', which is proving once again to be the most important) who can dev, even if they're not gary levels of development whiz experience at least someone like me who can do what's needed and nothing more.

benefits of this are custom items, fonts, bodygroups, models, stuff like fonts and hud/ui, mechanics and systems (example; advanced melee system, if you'd like), factions and more niche things.


ASK FOR CRITIQUE AND TEST IT OUT. this wraps back around to the 1st do. ask the userbase to test stuff like the gunplay, the mechanics, or maybe even the general feel of how the roleplay and meta gameplay will play out. like how alex asked me to, start a thread asking people for their thoughts on an event concept and show off the development, the new features and items, stuff to get them interested in the event.


GIVE YOURSELF AS MUCH TIME AS POSSIBLE. one of the biggest mistake with the event i feel was how close it was to ww3rp's release date which overshadowed it completely, no shade to roosebud, and how little time people had to apply. i was also still finishing up development work a day before the server opened, which is bad practice generally.


ASSUME THE LOWEST CASE SCENARIO. this might be a more moot point now as ww3rp is bringing in more people, bringing back hl2rp people and old ww3rp people and people from outside the forums but no matter how popular the forums are, not everyone will be able to participate nor will everyone want to. there's a change your event is too niche and can't attract enough people; alplands got so many players because it was already a pretty popular and well respected event series and star wars succeeded because it's the biggest media franchise ever and lots of star wars fans roam here. a random event set in an original universe, or set in the real world but not during any specific sort of event or war, won't inspire too many people to join. assume the lowest amount of people by default, resign it around the lowest amount and then work from there.


PLAN AHEAD. i should have taken @Roosebud's advice on this, i really should; i mostly winged the events of the event (bad idea i know) and came up with everything on the fly. part of this was because i had little time to actually think of a plan but also because i was too confident in my improv abilities. there was not enough to to and everything there was was confusing and sporadic. i'm glad people enjoyed what i did but i think it could've been far better.


finally, HAVE FUN. you aren't restricted by hl2rp's setting. you don't have to worry about this and that from the cpog, this lore event that makes what you're doing impossible, the general rules of the universe, how realistic it is in the context of hl2rp, none of that. don't just make a hl2rp event but in a universe where dr breen has a nice, muscular, toned ass, set it in the universe of your favorite movie or video game no matter how niche it is, there's destined to be enough people interested enough to wanna play. make your own universe with your own rules and logic. maybe people can fly, maybe they can punch through walls and jump a million feet in the air. maybe robots exist, maybe aliens exist, maybe the players themselves exist and are characters in the universe. have fun


thanks for reading. i hope this helps anyone in the future. it definitely helped me be able to put my new experience with streets of gold to use.
give your thoughts in the replies, things to add or change.​
Reactions: List 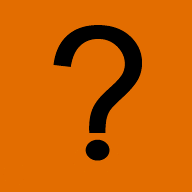 It's truly regrettable that things turned out this way. If my own life wasn't so obstacle-filled during this time, I would've joined the event in a heartbeat.
Reactions: List

Fucked Up Individual said:
PLAN AHEAD. i should have taken @Roosebud's advice on this, i really should; i mostly winged the events of the event (bad idea i know) and came up with everything on the fly. part of this was because i had little time to actually think of a plan but also because i was too confident in my improv abilities. there was not enough to to and everything there was was confusing and sporadic.
Click to expand... Only other thing I'd add would be about times/dates.

It's good to base it off when players will be most available to get more people to play, but in it being so early I could hardly attend to help and had to fumble around to get my friends on to be event characters and fill my role while I handled things early morning and got on later.

Mayhaps base it on actual management and let peeps who wanna play, play if they can make those times...
Reactions: List 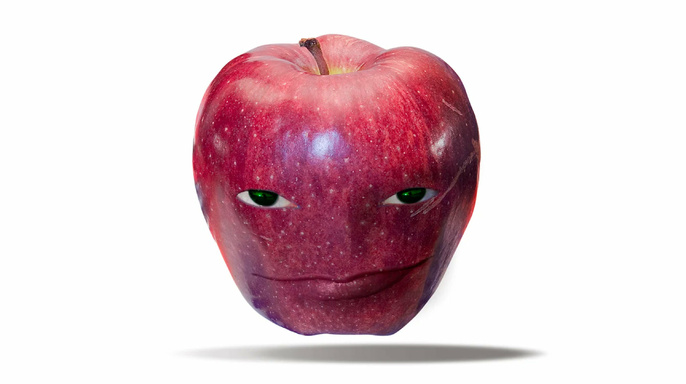 Don't beat yourself up over it, it was still fun and you were able to tell a story to a handful of people that were willing to attend. Tyrone said:
City of the Dead
Click to expand...