The Mojave - What Came Before 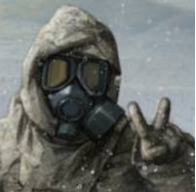 After the city of Los Angeles and the western side had fallen, the Mojave was prime for taking due to it's location, that included the City of Las Vegas, as multiple groups contested on who should have it some took it with force, one of this included the Los Angeles Confederacy, a group of mostly scavengers, they focused more on trading and scavenging pieces of old and new equipment. However the City of Las Vegas was not what it used to be, once a great and majestic city now mostly ruble and broken equipment.

Meanwhile a group of shadow insurgents known as the Patriots, a small remnants of Federal agents and US military, took view of the Mojave and California, they began plotting to take over the area due to some natural resources still left in the region, although most were consumed already by the combine.

While the 'The lord of the Flies' incident happened in most region the Mojave and the surrounding area were mostly unaffected due to the previous liberation.

As the Oceania network failed and uprising began in multiple sectors the West area of America did not wait, at this time multiple insurgencies mostly warchiefs and similar type of primal groups were created, some smaller or some bigger. As resources became low most people opted to attempt to raid the food in the upper area of America still in Union control, while most failed some succeeded yet the risk was too much. So some turned it's back against other Resistances, stealing their supplies, as infighting increased in areas were farming was not viable such as the Mojave, The city of Las Vegas was none the less, soon the Los Angeles Confederacy left the city to its mercy due to the lack of any new resources.

Meanwhile the Patriots sent a few Agents and scout teams below in California and Las Vegas, it was heard that Combine had agents sorts of spies in Las Vegas so their presence was lessened in the area, however in California the Agents would begin with their task supported by scout teams in the outskirts of Los Angeles, their objective unknown at the time.

As the Resistance in Europe was looking successful the American side was none the less, having secured them self in provinces and created their own tiny states some borders were already growing with the various Insurgencies, yet just like Europe infighting did not cease. The Los Angeles Confederacy soon made deals and compromises and with diplomacy thus many of the small groups joined the Confederacy. meanwhile the city of Los Angeles and the California area recovered from the blight and famine they had, some of this success may be attributed to external help yet peace was not here.

While combine presence was less due to the deal their forces did not retreat in mass, many patrols were still in the Mojave blocking ways for many Caravan small forces attempted to take them on but were annihilated, due to the deal the Confederacy could not directly attack the Northern Combines areas however this did not stop minor groups attempting the raids, yet many failed.

The City of Las Vegas gained it's own independence creating it's new faction, the city would be divided in 4 sectors by 4 tiny factions that would keep infighting for petty reasons Las Vegas became the Trading hub of the the West, however the Journey for it was not simple. Many caravans attempted to reach Las Vegas in hopes of gaining various riches and expand their business some succeed others perished. While trading was mostly bartering Las Vegas introduced their own currency that you could spend in the area, while not viable outside inside of it the currency was soon accepted, however bartering was still allowed.

The Los Angeles Confederacy increased it's presence in the North area of Las Vegas, while they surrounded the south and somewhat north of Las Vegas the Mojave was considered no mans land due to the high presence of Antlions and combine patrols, the Journey to Los Angeles and back noted as one of the hardest without knowing the secret passages yet A group called the Underground Haven established them self near San Francisco connecting California and the Mojave/Las Vegas, their task to help people escape cities and to help those in need cross the Mojave.

As rumors of Europe insurgency slowly dying arrived in America resistance forces decided it wasn't worth it to attack the Combine directly, the Attack on the north became less frequent and while some minor groups decided to try their luck the results were usually a failure. Los Angeles was somewhat repaired and the situation was stable, while the city was semi-destroyed it was Safe (if you could reach it). A large migration of people happened known as the Angels Route, many people looked refuge in Los Angeles yet not many reached it.


Meanwhile the shadow Insurgents known as the Patriots deployed multiple agents across the globe, following the re-capture of City 17 by the combine some managed to sneak and act as citizen near the outskirts of City 17. Across the globe Including in the West Patriots agent and some Sleeper agents were sent to await further instructions and support rising new insurgencies in their assigned sectors.

As American culture slowly returns slightly changed, The combine plan their next move, due to some minor raids at their "Borders" they fortified it with more turrets and increased the patrols in the South, however the SA did not want to retake California, it was simply not worth it. At this time the Los Angeles Confederacy declared that some part of the city would be unavailable to the public due to the high population of refugees, as such some camps were set up near the outskirts. Soon after the Leader of the confederacy was Assassinated while giving a speech about survival. Many believe it was a combine spy to do so and soon this time of peace became a time of fear. Leadership was passed down to the next in line, voted by a small council.


However the truth that no one knows is that it wasn't the combine, but a Patriot Assassin that killed the Leader, their agenda not Known, yet after the Assassination the Patriots began moving to the Mojave with a pair of engineers, slowly creating or repairing radio towers, their task to re-capture an abandoned US bunker.

As many opposed the Confederacy new leader due to his ruthless policies such as denying refuge to ex-Union employee's and rash rationing the combine launched a small attack against the refugee camps outside the area of Los Angeles, while technically not Violating the deal they made the camp were annihilated with almost no survivors, it was here that a group of 10 helped by the Underground Haven managed to escape in the Mojave and survive for what seemed to be a month.

However the Patriots were also in the area, their camp besieged by antlions and their engineer and groups killed they were told to return to the HQ and to wait for the president orders. However a huge sandstorm bigger then any other was destined to hit, the groups in the area was forced to haul in for the week and the Patriot group still alive found 2 survivors out of the group of 10. They too were forced to stay as the sandstorm raged. Once it was over they returned East leaving the Mojave and it's resources there for the time being.

While the Mojave mission was a failure their Agents awoke in multiple parts of Europe, inluding city 17 where Special Agent Raynor Bertram was sent, the Patriots did not have intention to stop anytime soon.